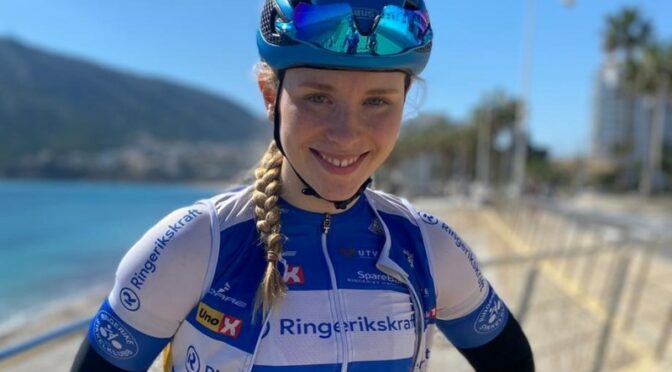 Team Coop – Hitec Products has signed another Norwegian talent, to strengthen their squad for 2022. Tiril Jørgensen joins the team in the upcoming season. The 20-years-old rider showed herself in this year’s Ladies Tour of Norway, partly due to her presence in the leading group in the first stage. This Friday Jørgensen competes at the European championships in Trentino, where she races the U23 women’s road race for the national team.

Jørgensen is the third new signing for Team Coop – Hitec Products for the 2022 season, after Jessica Roberts and Josie Nelson. “It has been a dream for me since I started road cycling, to race with Team Coop – Hitec Products”, she says. “Now I am ready to take the next step and I expect to become a better cyclist, by participating in many races. My ambitions for 2022 is to help the team to win races and achieve good results! For the next years, I want to win races myself as well and make a living out of cycling.”

Joining Team Coop – Hitec Products is something Jørgensen, who recently won her first Norwegian Cup road race, hoped for. “As the only pro cycling team in Norway, the team has been very important for Norwegian cyclists. To see that it is possible to become a pro, even if you are from a country where cycling is a small sport. It has been cool to compete in the nationals against them. For me it feels safe that my first team is from my home-country.”