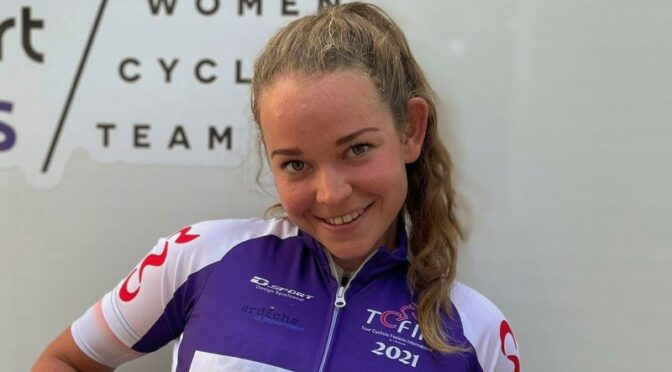 Team Coop – Hitec Products are happy to announce the signing of Nicole Steigenga. The 23-years-old rider from the Netherlands is the fourth new rider for the upcoming season. Earlier the team already signed Jessica Roberts, Josie Nelsen and Tiril Jørgensen. Steigenga is still young, but also brings experience to the team. At the elite level, she already won stages in both the Setmana Ciclista Valenciana and Dubai Women’s Tour.

Steigenga is happy to join the team next season. “I see Team Coop – Hitec Products as a good team to develop further as a rider”, she says.  “It is a team with a good program and they are ambitious towards the future. I hope that we as riders of the team can help each other to grow to a higher level and that we can support each other during the races. Personally, I hope to be good in the spring classics.”

For Steigenga the step to Team Coop – Hitec Products is a logical one. “I want to keep developing myself as a classic rider. So, I think it is very important to race for a team that participates in those classic races. Besides that, I think that the stage races are necessary to get stronger. That Team Coop – Hitec Products has a balanced program, in which they are active in both type of races, is ideal.”