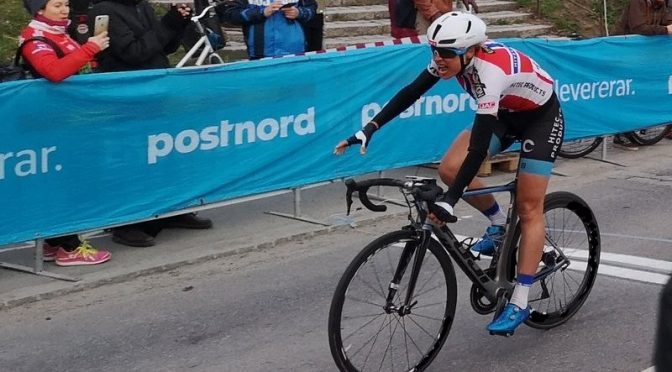 Norwegian champion Vita Heine has won the final stage of the Tour of Uppsala. On the third and last stage she attacked uphill in the last of nine laps of 14,5 kilometers. Race leader Sara Mustonen could follow at the first attack, but wasn’t able to follow when Heine attacked on a second short hill. Heine then kept pushing and won solo. She came only one second short to pass Mustonen in the general classification.

It already were succesful days for Team Hitec Products – Birk Sport. On Wednesday Heine finished third in the first stage of the Tour of Uppsala, which was the first podium place of the season for the team. Friday morning, in the afternoon local time, Lucy Garner secured a second podium place for the team. She finished third in the second stage of the Tour of Chongming Island, a Women’s World Tour stage race in China.