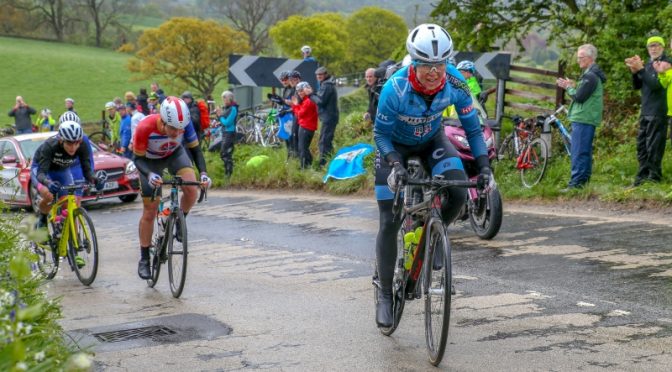 Although it were only two days of racing, the Tour of Yorkshire was a hard race last Friday and Saturday. However, the riders of Team Hitec Products – Birk Sport did show themselves. Ingrid Lorvik was involved in a long breakaway at the first stage, while Vita Heina proved to be strong in the second stage. She became 11th in both the stage as the general classification. Now two other stage races are coming up; the Tour of Uppsala and the Tour of Chongming Island.

“I felt strong both days”, Vita is looking back at the Tour of Yorkshire. “But on the second day the course suited me better. I felt strong during that stage and found myself amongst the best eight riders at the top of the climb, after about 75 kilometers of racing. We then were riding together, but not everyone wanted it to work, so some riders came back from behind.”

That changed the situation in the race. “Immediately they started attacking and on the crosswinds I missed the first group. As Karl told me on the radio, I attacked from the bigger group in the last 20 kilometers. I rode alone after that, which was super hard, but it resulted in an 11th place. Generally I am happy about the race, especially the second day, because I was very close to a big result.”

Sweden and China
The team is now ready for a double program. From Wednesday till Friday the Tour of Uppsala, a Swedish stage race at the UCI 2.2 level will be organized. The other part of team is racing in China. There the Tour of Chongming Island is held from Thursday till Saturday. That is the first Women’s World Tour stage race of the season. Last year the team won both a stage and the general classification with Charlotte Becker.