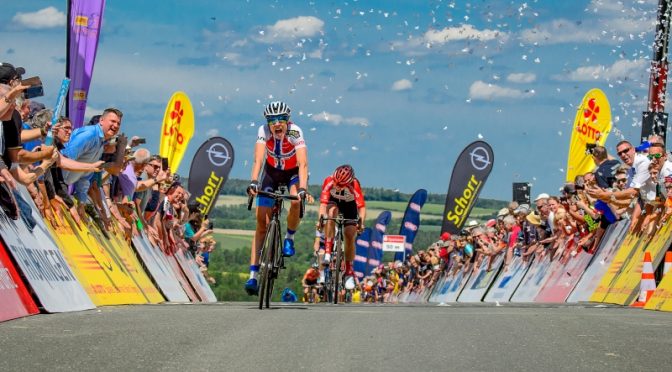 “For the team and me it was a bit of a roller coaster this week”, says Vita about the Lotto Thüringen Ladies Tour. “We started bad with missing the break away on day one, but gained some confidence in stage two.” The third day was the one that she will not soon forget. “I had one of my greatest victories in my career on stage three. It was also cool, because it was on a hill finish which is hard and everyone has respect for Hankaberg.”

However Vita maneged to finish in the peloton a day later, after a hard chase, her race was over after the fourth stage. “That day the disappointment came, with the crash and a broken finger. I was looking towards the time trial a lot, since I especially enjoy a bit hilly time trials like the one on stage five. Even if I crashed out of a potential top 5-6 position in the general classification, the team is very satisfied with what we have achieved this week. There is also a lot optimism in the team regarding future performances.”