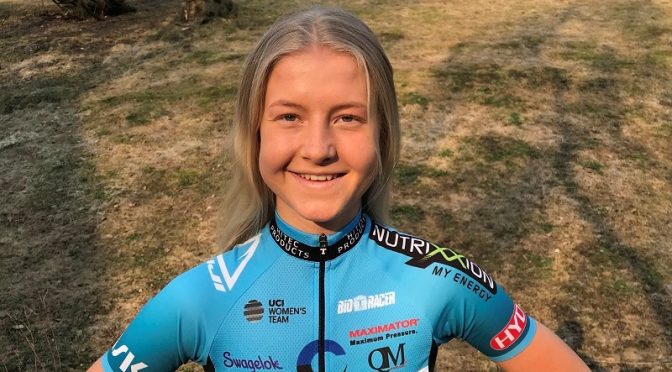 The 18 years old Norwegian rider Thale Kielland Bjerk will join Team Hitec Products – Birk Sport with immediate effect. With her signing, Bjerk is the fourth rider for the Norwegian UCI team that is born in 2000. In 2017 Bjerk ended thirtieth in the junior race of the world championships cycling in Bergen. Last year she became second in the Norwegian championships road race and won the hilly stage race Tour de Hallingdal. Bjerk will make her professional debut in de Tour of Uppsala (UCI 2.2).

Bjerk is a rider from a real cycling family and started cycling at the age of 14. “Thale rides for the Oslo cycling club BOC and has impressed on national level for the last years”, says Team Hitec Products – Birk Sport team manager Karl Lima. “We are always looking for young climbing talents for our team. Last November she participated in our Team Hitec Products training camp, together with several other junior girls. We were very impressed then with her climbing skills.”