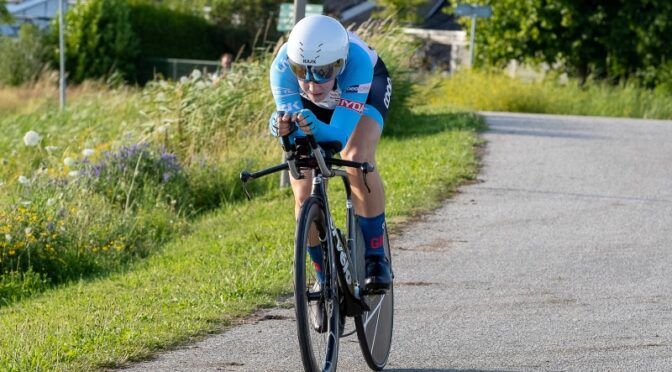 Being down to two riders after three days, Team Coop – Hitec Products has made the best of it in the Baloise Ladies Tour. Both Jessica Roberts and Sylvie Swinkels finished the race, with Jessica getting a 22nd place in the general classification, after a 21st place in the time trial on Saturday. It was again confirmation of her growing form, with the Commonwealth Games coming up soon.

“I’m happy with how this week has gone”, Jessica said after the last stage on Sunday. “It’s the best I have felt in a long time and I was especially happy with my performance in the TT yesterday.” That time trial was the second stage of the day, as the peloton already did a 83 kilometers long stage in the morning. Sylvie got 38th in that time trial, after already being the fastest of the team in the prologue in Utrecht on Wednesday, where she set the 31st time.

Jessica: “After day three it was just me and Sylvie left, but we both tried our best to help each other through the stages and try to position in the sprints. This is just something we need to work on in to the next races.” At the Commonwealth Games, Jessica will participate on both the track and the road. “I now have two weeks until the Commonwealth Games and feel in a good place for this race, so I’m excited for what’s to come!”