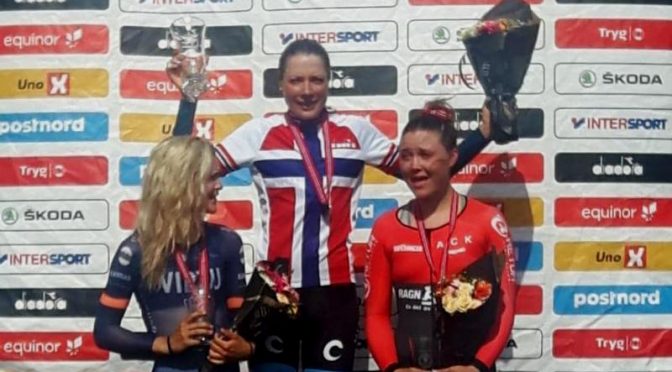 After winning the title two years in a row, Vita lost her Norwegian jersey on the time trial bike to Line Marie Gulliksen last year. She now finished third, with Vita being 1.20 minutes faster on the 30 kilometers long course. Vita also was 54 seconds ahead of the number two of the time trial, Katrine Aalerud.

“I am happy to have the title back”, Vita said after getting the gold medal. “I have been in great shape in the last months. Despite of some health issues lately, with a broken finger four weeks ago and food poisoning about one and a half week ago, I knew it was possible to win.”