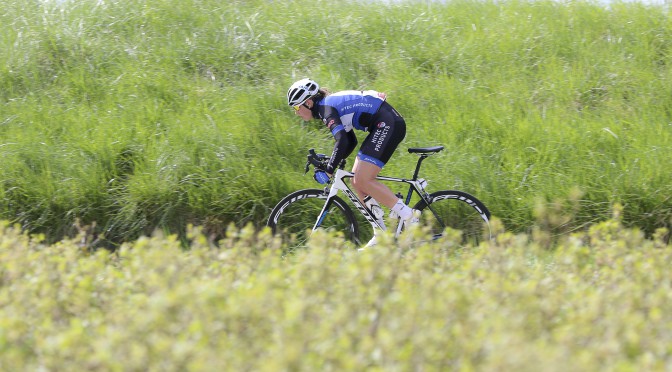 After the Womens’ Worldtour stage race, the Tour of Chongming Island, our team continued with the three-day stage race Tour of Zhoushan Island. Compared to the flat stages in Chongming, tougher stages with more climbing were waiting the girls in Zhoushan.

The first stage had several climbs, or rolling terrain, and the peloton would split several times. Eventually it got together for the last time ending in a sprint. Emilie had some technical earlier in the stage and found herself on a spare bike three sizes bigger than hers. After good work by the team,  Simona did the final lead out. In the sprint Emilie was not able to get the most out of her usual speed on the large bike and they finished in 6th and 7th place.

Stage two was more suited for our climber Ingrid with its 1750hm in 83km. A breakaway of three formed, unfortunately without our girls and Ingrid finished in the group behind in 13th place.

The last stage offered new opportunities for the sprinters and after good team work Emilie sprinted to 5th place. Although a little disappointed with the race, not to get the podium results the girls know they are capable of, the season is developing in the right direction for the girls who are working great as a team.