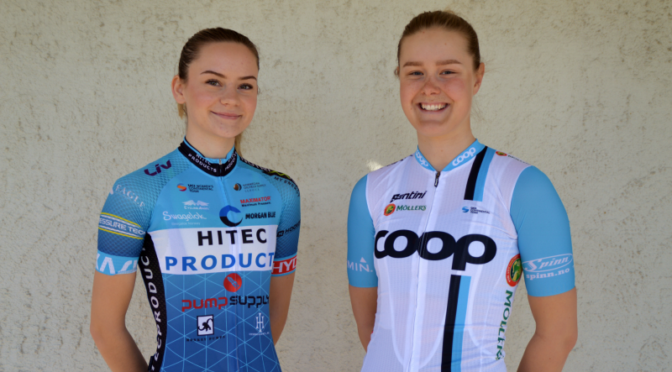 The Norwegian UCI women’s cycling team Team Hitec Products and the male UCI continental team Team Coop join forces. Coop Norge wants to take another step in the fight for equal opportunities in sports and strengthen its position in cycling. The teams will merge with immediate effect, and Team Hitec Products will change its name to Team Coop – Hitec Products. The team clothing will also undergo a change as soon as possible.

“We are very happy to have a solid partner like Coop with us”, says Karl Lima, team manager of Team Coop – Hitec Products. “The cycling team Team Coop has shown a continuity and enthusiasm for cycling over many years which is admirable. Coop thinks long-term and big, and together we can build a strong constellation. We will continue to be the platform for the best Norwegian female cyclists, combined with international stars.”

Coop Norge, which is owned by the people, is one Norway’s biggest sponsors. It has been natural for Coop to contact the only professional women’s team in Norway, Team Hitec-Products. “We are very proud of our new commitment – the team will be important in our fight for equal opportunities in sports, and we are confident the team will contribute to many proud moments for Coop’s employees and co-owners in the future”, says Deputy CEO Gøril Joys Johnsen at Coop Norge.

Joining forces
As Coop is already sponsoring the continental men’s team, Team Coop, it was natural to join forces between the teams, both of which are based in the Stavanger/Sandnes area, where Norway’s first velodrome soon will be ready. The collaboration will strengthen the environment and community of cycling in the region when it comes to competence, and the riders’ development. “Both teams have a lot to gain from coordinating resources and gathering their skills across genders, with the goal of improving the performance of all riders”, says Stein Ørn from Team Coop.