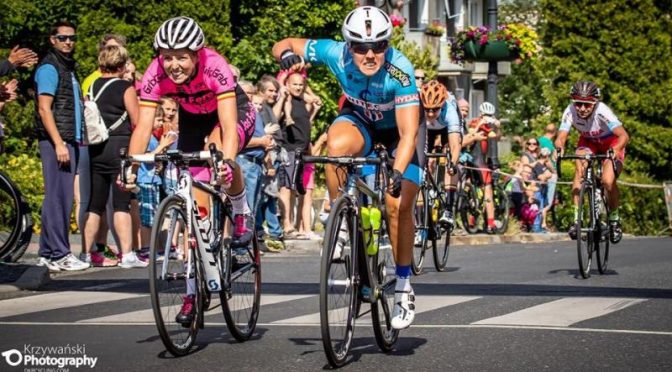 “The stage of today was the hardest of the race and I started with no pressure”, Marta told after her win. “The goal was to make a good race of it with the climbers, but if I could survive, I would try to do the best sprint. So when I understood that I was there in the final, I couldn’t do a bad sprint. The team did an amazing lead-out and I couldn’t lose the sprint after their work and trust in me.”

For Team Hitec Products – Birk Sport it was already the fourth UCI win of the year. In May Vita Heine won a stage in both the Tour of Uppsala and Lotto Thüringen Ladies Tour, while Marta won the Omloop van de IJsseldelta last month. After that, Vita Heine (time trial) and Ingrid Lorvik (road race) both became Norwegian champion.

Tour de Fjells
With those wins, the spirit is high in the team, also after last week. From Thursday to Sunday Ingvild Gaskjenn, Ingrid Lorvik, Thale Kielland Bjerk and Amalie Lutro race the Norwegian national race Tour de Fjells. They won all stages, while they became first to fourth in the general classification with Ingvild as the winner. Those four riders, together with Marta and Vita, are now the team that is racing the Tour de Feminin.