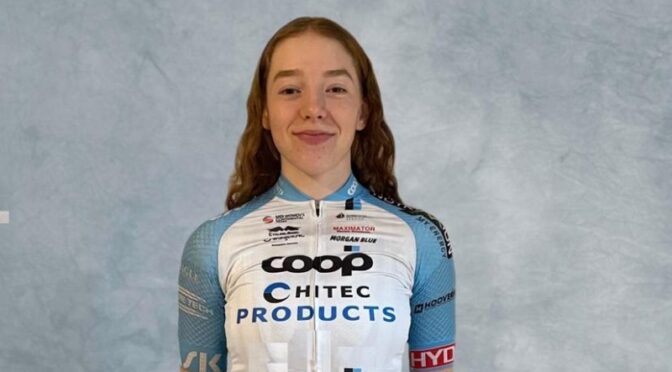 Only two days after the Belgium opening weekend, the next hard race was already on the schedule this Tuesday. Again in Belgium, Team Coop – Hitec Products started in Le Samyn des Dames. A race known for its cobblestone sections. As expected the race turned out to be a battlefield, with only a small group sprinting for the victory. Josie Nelson could keep up with the best and ended in 17th place.

“At the start of the race I was near the back of the bunch, so I constantly had to sprint out of the corners to keep up”, Josie looks back on Le Samyn des Dames. “The bunch split after one of the cobbled sections and I ended up dropped from the main peloton. After some hard work we caught back up before a cobbled section, and I managed to get to a better position at the front.”

The fight for sure wasn’t over then. “All the cobbled sections and climbs tore the bunch up each lap and eventually left about 25 riders in the front group, I managed to sprint for 17. It was really nice to have a good result after a few bad races.” A minute after the first group Caroline Andersson (38th) and Sylvie Swinkels (43rd) came in with the second group.