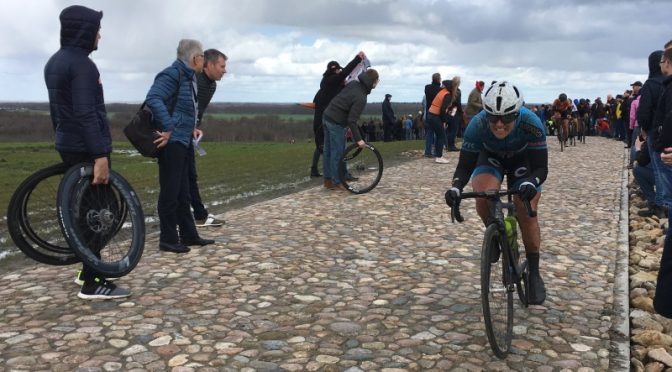 Two days after the Drentse Acht van Westerveld, the Ronde van Drenthe was on the program on Sunday. The first World Tour race for Team Hitec Products – Birk Sport in this season and already the tenth year in a row that team took part in the race. Just like Friday it was a tough day for the peloton. This time without a good result for the team, for a large part because of bad luck.

Youngster Lonneke Uneken rode a strong race on Friday, but was this time involved in a crash in the first kilometers of the race. She couldn’t get back to the peloton and saw her race end after 30 kilometers. Where Amalie Lutro also had to deal with a flat tire, Chanella Stougje, Lucy Garner and Marta Tagliaferro were in the front for a long time. While Chanella and Lucy were in the second large group in the final, the jury took them out of the race.

Probably because there was also a men’s race, the jury and police took a lot of groups out of the race. Only 48 riders were able to finish the Ronde van Drenthe.